Utah monolith: Internet sleuths got there, but its origins are still a mystery

Utah monolith: Internet sleuths got there, but its origins are still a mystery

#1 by lily
Utah monolith: Internet sleuths got there, but its origins are still a mystery 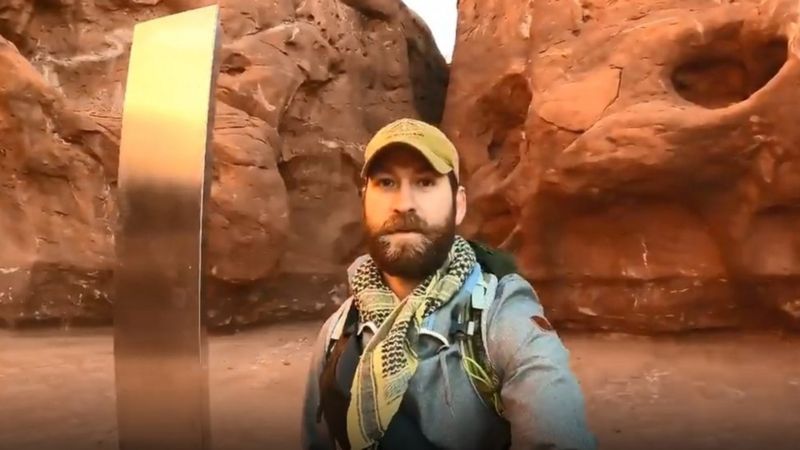 It took just 48 hours for the first person to get there.

When officials in Utah on Monday revealed they had found a shimmering, metal structure deep in the Red Rock desert, they refused
to say exactly where.

They hoped that would be enough to deter amateur adventurers from setting off to find it, risking getting dangerously lost in
the process.

But there was little chance that people would abide by this advice. By Wednesday, pictures were emerging on Instagram of people
triumphantly posing with the monolith, eager to show the world that they had got there first - even if the wider mystery of why it is
there remains unsolved.

They were aided by internet sleuths who had quickly geo-located the structure on Google Earth and posted the co-ordinates online.

"I decided to go there first because I was drawn to the fact that this object had been there for five years, hidden in nature,"
said David Surber, a 33-year-old former US Army infantry officer who drove six hours through the night after finding a Reddit post
claiming to have found the exact location.

State wildlife officials originally spotted the object on 18 November while conducting a helicopter flyover of the remote, Mars-like
terrain to count big horn sheep. The Reddit user who posted the co-ordinates, Tim Slane, said he had tracked the flight path of
the helicopter until it went off-radar - a sign it might have landed.

At this point, he scanned the map for the exact features of the terrain seen in official photos and videos, before zeroing in on
a canyon that appeared to fit the bill. There, a distinct shadow - long and narrow - could be seen. It's not visible in historic satellite
imagery from 2015, but appears in October 2016 when scrubland in the vicinity also appears to have been cleared.

"I knew that once the location became public knowledge that people would visit the area," said Mr Slane. "I have received some
angry messages for my revealing of the location. If I had not found it, someone else would likely have found it soon enough."