How long can you survive without water?

How long can you survive without water? 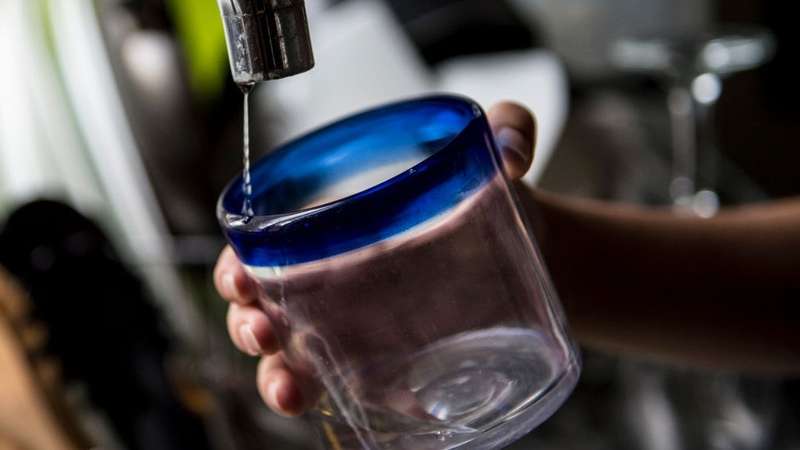 Water is one of the vital ingredients for life on Earth, but what happens to us if you suddenly can’t get this precious liquid?

The river wasn’t far away. Chaz Powell could see the Zambezi churning over boulders in the gorge a few hundred metres below him. It was tantalisingly close, but out of his reach.“I can't describe how thirsty I was,” says Powell. Teetering on the edge of a cliff at the top of a gorge, he had run out of water and had no way of getting down to the river. Recalling the precarious position he found himself in, Powell describes an overwhelming feeling of panic as he worried about how to find something to drink.“By this point I was starting to feel really ill,” he says. “I started to overheat, and my body temperature was just insane.”Powell, an expedition guide from Shropshire in the UK, was about to experience what it is like to be stranded without the commodity most of us take for granted.In most developed countries, accessing clean water is as simple as turning on a tap. People in these places pour gallons of it down the drain every day without a thought, as they brush their teeth, shower and flush the toilet. But around 1.1 billion people lack access to safe drinking water around the world, and a total of 2.7 billion find water difficult to access for at least one month of the year. Water is one of the fundamental ingredients for life on Earth and our bodies are mainly composed of it. When we are forced to go without water, things can turn nasty very fast indeed.
Powell experienced this for himself while two months into a solo expedition walking the length of the Zambezi River, having started his trip at its source in Zambia. He followed the river through eastern Angola, across the borders of Namibia and Botswana, until he reached the gorges at the border of Zambia and Zimbabwe, after Victoria Falls. Here, the terrain became much more difficult to traverse.

“The gorges are steep sloped cliffs that carve through the landscape for around 150 miles,” Powell says. It was August 2016, and the hottest time of year, with temperatures reaching 50C (122F) during the day. Powell, who was 38 at the time, had to walk at this time of the year to avoid the Barotse Floodplains, which are under water for about 90% of the time.

His trek had been going well, covering around 20 miles (36km) each day. But once in the gorges, Powell found himself slowing considerably. “I had walked maybe a couple of miles a day, if that, just going over boulders,” he says. “It was so slow.”At such a slow pace, Powell calculated it would take a month to get to the other end of the gorges, and with no other people for miles around, he was beginning to run out of food. “The only thing I saw when I was down there were baboons throwing rocks, and huge rapids going through this huge gorge,” he says.

After two weeks of trying to pick his way through the gorge, Powell decided he needed to find another route. On his map he could see another river heading into the Zambezi which looked quite substantial. “I thought to myself I can get on the top it’s going to be about 20km (12 miles) to get to this other river,” he says. “But I didn't know what the top of the land was going to be like at this point, I just thought ‘it’s potentially four hours fast walking, I can do it’.”