Covid-19 in the US: Is this coronavirus wave the worst yet?

Covid-19 in the US: Is this coronavirus wave the worst yet? 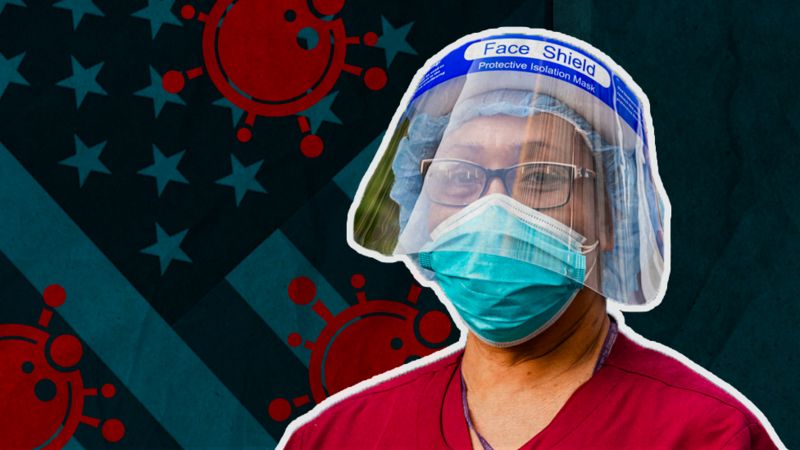 Americans may have tuned out of coronavirus news as they focused on the outcome of the presidential election, but the pandemic has quietly been getting worse in the country.
The number of infections in the US has reached new heights in recent days, surpassing 160,000 cases in one day for the first time since the outbreak began.
Dr Anthony Fauci, the top US infectious diseases expert, has warned that the country faces "a very challenging and ominous situation" as it approaches winter.
So how bad is the situation and how much does it vary across the country?

Cases are rising quickly right now
With more than 11 million confirmed cases, the US has the highest number of infections in the world and the spread of the virus shows no sign of slowing down.

The chart below shows that the current wave is growing at a faster rate than the previous two - although some of that is down to increased levels of testing.During the spring wave, testing was mostly limited to confirming cases in people who were already in hospital, meaning the true scale of that outbreak wasn't fully captured.
But the latest data compiled by the COVID Tracking Project shows the current surge is not just down to increased testing - the number of tests carried out in the US was up by 12.5% week on week, while the number of cases increased by more than 40%.
One likely cause is the change of season and colder weather driving people indoors to socialise, where the risk of spread is heightened due to less social distancing and poor ventilation.

Short presentational grey line
The strain on hospitals is growing
Because of the change in the level of testing, a better way to compare waves is to look at the number of people being admitted to hospital because of Covid-19.

This data shows that roughly the same number of people across the US were in hospital during the first and second waves of the outbreak. But there are already more people in hospital during the current wave - more than 70,000 at the moment.One encouraging observation is that fewer coronavirus patients are being put on ventilators - for now at least - which shows the progress that has been made with other treatments since the spring outbreak.

In a recent study in New York, researchers found that the probability of death among coronavirus patients was down 18 percentage points from the spring, in part due to new treatments and better knowledge of the virus among medical staff.But these improvements are dependent on the quality of care being received, which is put at risk when hospitals reach capacity and staffing levels are put under pressure.

Short presentational grey line
The death toll is still climbing
Despite the progress being made in fighting the infection, the number of daily deaths in the US is on the up once again.

On average, more than 1,000 people are now dying every day in America and recent daily spikes have been higher than those seen during the summer outbreak.